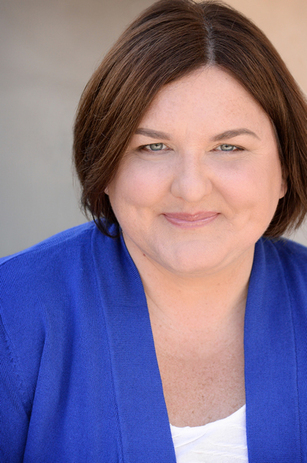 I spent most of my acting career avoiding jobs in the business, to pursue acting jobs, and then 10 years ago, got a “day job” in post-production at HBO.  And I love post!  It’s the “theater” part of the film and television world – the time after production when you get to rehearse the story by perfecting the cut through editing, adding the layers of sound design, sound mixing, color and VFX.  I’ve had the opportunity to work with some of the best people in post – my teams have won multiple Emmys!

There is also the side of me that still loves telling stories in front of an audience -- perfecting this craft of acting with this tribe of people I have played with over the past 25 years, in Regional, Off-Broadway, and LA Theatre.

In 2015, my solo show, TIANANMEN ANNIE, based on the year I lived in China and worked for CNN as a PA during the Tiananmen Square Uprising, won awards on both coasts –
Last year I also had roles in the web series, GOLDEN CALIFORNIA and the beautiful Emmy nominated, HER STORY.

And as my solo show received the best reviews in NYC, I also had the opportunity of a lifetime and accepted a job as a post-production executive.

So my path now is working the with smartest people in the room on amazing projects and shepherding others stories through post.   But I also know that one day, I’ll have new stories to tell on stage.   Maybe in the not too distant future…

Your Journey has molded you for the greater good.  It was exactly what it needed to be.  Don’t think you’ve lost time.  It took each and every situation you have encountered to bring you to the now.  And now is Right On Time!  -- Asha Tyson

Check out my website, and I’d love to hear from you.